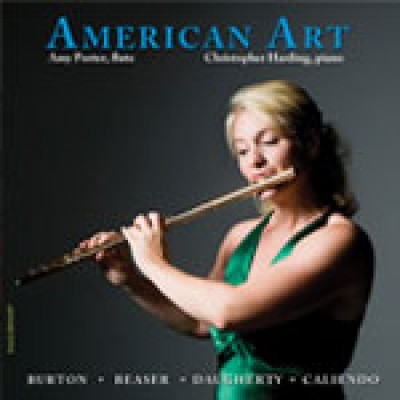 Flutist AMY PORTER has established herself as one of the leading artists of today through her innovative solo concerts and notable collaborations with the world's top composers, captivating audiences with her stunning virtuosity combined with heartfelt lyricism and interpretive sensitivity. Ms. Porter came to international attention in 2001 when she won the Deuxieme Prix at the Paris/Ville d'Avray International Flute Competition in France. She also won the Kobe International Flute Competition in Japan in 1993 and the jury awarded her the prize for Best Performance of the Commissioned Work.

Pianist CHRISTOPHER HARDING maintains a flourishing international performance career, generating acclaim and impressing audiences and critics alike with his substantive interpretations and pianistic mastery. He has given frequent solo, concerto, and chamber music performances in venues as far flung as the Kennedy Center and Phillips Collection in Washington, D.C., Suntory Hall in Tokyo and the National Theater Concert Hall in Taipei, the Jack Singer Concert Hall in Calgary, and halls and festival appearances in Newfoundland, Israel, Romania, and China.