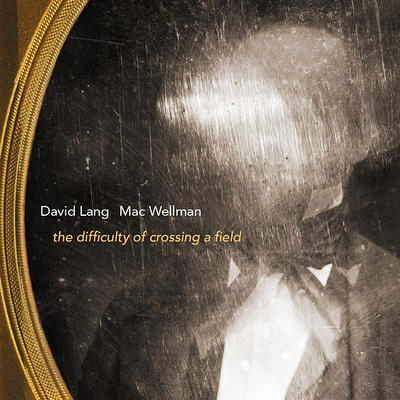 the difficulty of crossing a field
Label: Cantaloupe Music
Tweet

Based on a one-page story by Ambrose Bierce, the difficulty of crossing a field is a joint collaboration in musical theater between composer David Lang and playwright Mac Wellman that recounts, in the words of a recent New York Times performance review, “a strange disappearance and what the neighbors have to say about it.”

Mixing arias with spoken text and emotional melodies with tense drama, the story takes place in 1854 near Selma, Alabama, where a planter named Williamson has vanished without a trace while crossing a field. The original production was staged in March 2002 at the Theater Artaud in San Francisco, starring Julia Migenes as the wife of Williamson, and Tony-award winning singer Anika Noni Rose as the leader of the slave chorus, with music performed onstage by the Kronos Quartet.

This recording of the difficulty of crossing a field was tracked and produced by Lawson White, in partnership with Beth Morrison Projects, and features the Harlem String Quartet and an A-list of of New York City’s established and emerging talent in opera and theater, including Beverly O’Regan Thiele, Laquita Mitchell and Jay O. Sanders.