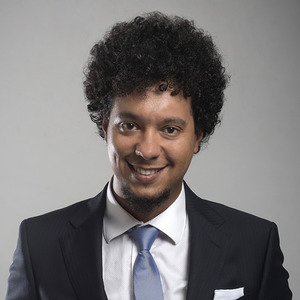 The festival asked conductor Joel Revzen — whose pedigree extends from Prague to St. Paul — to lead a glorious orchestra of men and women coming from some of the best ensembles around the nation. The opening “Fanfare for the Common Man,” Copland’s World War II-era composition for brass and percussion, indicated in no uncertain terms that this year’s symphony orchestra is up to the challenge — the brass, in particular, exploding in splendor.

Conductor and orchestra also provided glorious support for Cuban pianist Aldo López-Gavilán’s shimmering, exciting performance of George Gershwin’s grand Rhapsody in Blue. Although this was the Ferde Grofe arrangement for symphony orchestra, this listener kept hearing that soul-stirring rendition by Paul Whiteman and his jazz band from the Roaring ‘20s creep in now and again. And we loved the guest artist’s fiery cadenzas. A young man who captivates in both classical and jazz veins, López-Gavilán captured both the rhythmic invention and the melodic inspiration the composer intended. Orchestra and soloist played as one — a radiant reading under the baton of a man who seemed to enjoy the work as much as we did. The guest artist provided a lagniappe with a dazzling encore, one of his own compositions, titled Oddudua.

Respected for her distinctive vocal range and tone, lyric soprano Kathleen Battle brought the first program at Lincoln Theater to a close with a mix of Gershwin and Joplin. Her 15-minute program included Gershwin’s saucy “By Strauss” and the finale to Joplin’s 1911 opera,”Treemonisha.” Battle told the audience she made her New York debut in a production of the Joplin opera. Her performance was light and airy, more Broadway than Met.