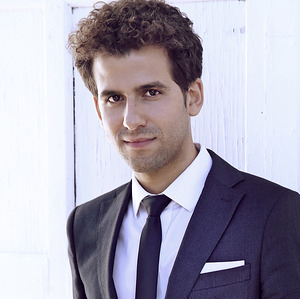 Hailed by The New Yorker as a “superb young soloist,” Nicholas Canellakis has become one of the most sought-after and innovative cellists of his generation, captivating audiences throughout the United States and abroad. In The New York Times his playing was praised as "impassioned ... the audience seduced by Mr. Canellakis's rich, alluring tone."

Recent concert highlights include concerto appearances with the Albany, Delaware, Lansing, and Bangor Symphonies, the Erie Philharmonic, The Orchestra Now, and the New Haven Symphony as Artist-in-Residence; Europe and Asia tours with the Chamber Music Society of Lincoln Center, including appearances in London's Wigmore Hall, the Louvre in Paris, the Seoul Arts Center, and the Shanghai and Taipei National Concert Halls; and recitals throughout the United States with his longtime duo collaborator, pianist-composer Michael Brown. He made his Carnegie Hall concerto debut with the American Symphony Orchestra in 2015.

Mr. Canellakis is an artist of the Chamber Music Society of Lincoln Center, in which he performs regularly in Alice Tully Hall and on tour. He is also a regular guest artist at many of the world's leading music festivals, including Santa Fe, Ravinia, Music@Menlo, Bard, Bridgehampton, La Jolla, Hong Kong, Moab, Music in the Vineyards, and Saratoga Springs. In addition, he was recently named artistic director of Chamber Music Sedona, in Arizona.

He is a graduate of the Curtis Institute of Music and New England Conservatory, where his teachers included Orlando Cole, Peter Wiley and Paul Katz, and he was a student of Madeleine Golz at Manhattan School of Music Pre-College. At the Chamber Music Society of Lincoln Center he was a member of the Bowers Program (formerly CMS Two), and has also been in residence at Carnegie Hall as a member of Ensemble Connect.

Filmmaking and acting are special interests of Mr. Canellakis. He has produced, directed, and starred in several short films and music videos, including his popular comedy web series "Conversations with Nick Canellakis.” His latest film, “Thin Walls,” has been nominated for awards at many prominent film festivals. His films and videos can be found on his website at nicholascanellakis.com.