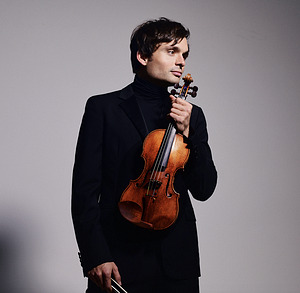 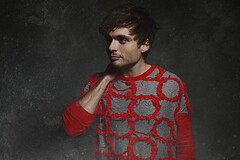 In his notes for the album, Fullana writes, “The entirety of solo violin repertoire stands on the shoulders of Johann Sebastian Bach, whose monumental Sonatas and Partitas redefine the violin as a polyphonic instrument. 'Bach’s Long Shadow' explores the chain of influence and inspiration extending from Bach to other legendary artists over 300 years. The album opens with Eugène Ysaÿe’s metamorphosis of Bach’s E Major Partita into an obsessive display of virtuosity, contrasted against the original Partita from the Leipzig master. The listener will then hear the polyphonous adaptations of the Spanish guitar classics Asturias and Recuerdos de la Alhambra, made possible only by Bach’s ground-breaking treatment of the violin as a polyphonic instrument. Next is Recitativo and Scherzo by Fritz Kreisler, a dedicatee and muse of Ysaÿe, performed on Miss Mary, the enchanting 1735 ex-Kreisler Guarneri del Gesù. My album juxtaposes baroque and modern bow, gut and steel strings, in its exploration of Bach’s solo violin legacy.”

Recent features on Fullana and his “Bach’s Long Shadow” album have appeared in The Strad, violinist.com and The Violin Channel.