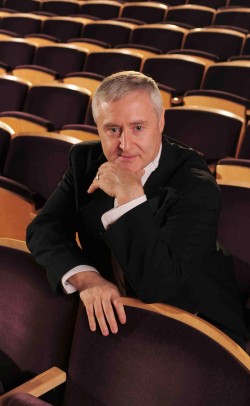 Forget the designation "regional." On Saturday night at Strathmore, the National Philharmonic's performance easily rivaled the NBC Symphony's benchmark recordings of Dvorák. True, that was then -- but what is now is an orchestra with a following as enthusiastic as Vince Lombardi's Packers and a concert hall to vie for. What's also au courant is Zuill Bailey, professor of cello at the University of Texas-El Paso.

Convention has it in stone that Dvorák's stateside Cello Concerto is, in the end, European. Bailey, however, laid bare the Czech composer's generally disregarded ambivalence -- his acquired passion for America versus a homing impulse typical of later life. The work opens with a thinly veiled horn reference to "Deep River," and Bailey continued to contrast routinely disregarded American idiom with things Continental, if not atavistic. This made for frenetic tension in his arpeggios, underlying friction, and release in the form of plaintively bittersweet lyricism.

Had conductor Piotr Gajewski not forged a uniformly solid string section, any bald spots would have been evident in the Philharmonic's performance of Dvorák's Symphony No. 9 ("From the New World"). Strathmore's signature acoustic is transparency. Any and everything is heard. What was heard on Saturday was depth and impeccable intonation in the second violins and violas, an understated eloquence in cellos and a foundational uniformity in the double basses. Again, so much for regionalism.

Against all odds -- limited rehearsal time, disparity in string instrument quality, and as many "extras" as tenured orchestra members -- Gajewski and company left their audience with something of an epiphany. We heard an overworked symphony that finally lived up to the title's "New."