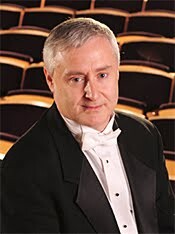 As the pandemic has brought a temporary halt to live performances everywhere, one orchestra near the nation’s capital is continuing to bring its sound to the community while also honoring the heroic healthcare workers on the front lines of COVID-19. A new video features Piotr Gajewski, music director of the National Philharmonic in Maryland's Montgomery County, leading five musicians from that orchestra in a virtual performance of Aaron Copland’s Fanfare for the Common Man, alongside photographs of COVID-19 workers from hospitals in New York City, Maryland, and Washington, DC. The National Philharmonic musicians, performing in their respective homes but under the conductor’s virtual baton, are Michael Hall, horn; Chris Gekker, trumpet; David Sciannella, trombone; Willie Clark, tuba; and Tom Maloy, percussion and timpani. Each part was recorded live with the musician’s own equipment and mostly filmed on their personal cell phones. The sound was mixed by Kyle Schick, the National Philharmonic operations and production manager, and the video produced by the orchestra’s patron services manager, Quinton Braswell.

Fanfare for the Common Man, notes National Philharmonic President Jim Kelly, “was originally composed in 1942 during the hardships of World War II and was inspired by a speech by then-Vice President Henry A. Wallace titled ‘Century of the Common Man.’ With frontline workers keeping us all afloat during this new monumental challenge, the National Philharmonic believes the piece would be a perfect fit for a tribute once again.”

Says Gajewski, “It is my hope that this video reaches those doing this important work and offers them a bit of comfort and solace. We also hope that all of you receiving this message are taking care and staying as safe and healthy as possible.”